“Blessed are the pure in heart for they shall see God” 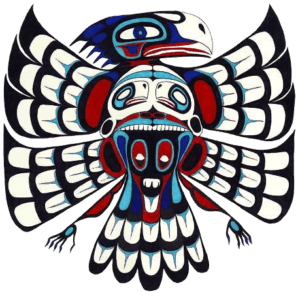 Grandfather told the story of a land at the end of the earth on the far side of the Beaufort Sea.  It was an immense abyss and said to be an entrance to all of the heavenly regions.  The spirit’s of people good and bad passed on their journey down the road to the Kingdom of the Great Father.  The pathway was very dangerous and they had to pass through thirteen arches of light that bended over the Earth.  Sky-dwellers lived there and lit torches to guide their feet over this road.

“We call the light the Aurora Borealis and the whistling and followed by the snapping sounds like walking on twigs, you can sometimes hear when it appears.  They say that is the whispers of their voices calling to us here on Earth.   My father told me that they should only be answered by a pure voice of the warrior who stands at the gate,” they waited, for Grandfather to reveal the name.  “Who walks the pathway without harm and knows the right doorway into the heavens.”

His grandfather put his finger up to silence his lips, and said, “Only he can close the door that has been opened and guard us from those who seek evil; for he has seen God…!”

Then he would let them hold the strange stone and watch as the firelight made the many colors of light, like a rainbow spewed out of the rock to dance on the walls of the hut.

The First Dimension is a realm of pure mineral containers that hold consciousness devoid of thoughts, emotions, or form.  Rachel quietly opened the door to Martin’s bedroom enough to peek in and make sure he was still asleep.   She tiptoed over to the bed looking down at him sleeping, brushing his dark hair from his face as she leaned down to plant a kiss softly on his head.  She picked up the ragged, patchwork quilt up from the floor and covering him from the chilly breeze blowing through the open window.   Looking up at the planets swinging from the ceiling; blue earth, red mars, the stars; all reminding her of the last time Martin and Aaron had spent some quality time together.  She resented the time Aaron spent away from them; she resented the money they desperately needed; and most of all she resented having to give up her career.  She was out of ideals, and now she was in ‘the protective mother mode.’  Martin was more important she decided as she walked over to the window and pushed down the top panel and pulling the shades closed before she left the room.

Aaron turned up the nozzle in the shower letting the water get real hot as he stood up under the steaming water.  The arguments between him and Rachel where getting longer, louder, and still no resolution for either of them.  Since he had accepted the job at Haddon Research it was one of many lately and about the same subject.  He was tired of hearing about Martin’s bills, Martin’s appointments, and how he was not sharing the responsibilities with her in getting things done.  He didn’t know what to do or how to help even though he knew she was right it stung and made him feel helpless.  They needed the income now to help with Martin’s doctor bills and the money from his father’s trust was gone.  Finishing his book was now on hold and Rachel’s concerts and private lessons were a thing of the past, sacrifices they had both made for Martin since he was diagnosed with Autism three years ago.  He wished he could go back to a time before they noticed Martin was different than the other kids at the center, and God forgive him, but he wished they could go back to a time; when there was no Martin.

As Rachel walked down the hall to the bedroom she could hear the shower still running.  She opened the closet peeling off the shirt and pants and throwing onto the floor nearby and grabbed a blue nightgown off the door hook.    She was beat today, the drive into Dover for Martin’s session, grocery shopping that she had put off for the last three days and then fighting with Aaron perfect ending for a long week, she sighed as she got into bed, puling the blanket up to her neck.  She heard the water stop in the bathroom and turned over so she did not have to face Aaron as he came out of the bathroom then thought better of it; she missed her husband before the sessions and the new job.

The light fell across the bed as Aaron came out water still dripping down his chest to the towel wrapped around his waist.  She looked into his eyes and was reminded that they were in this together and she’d have to find a way to accept that Aaron was doing the best he could to keep them afloat.

“What?” he answered tightly, the argument still fresh.

She sat up to look at him and long, black hair fell across her face shadowing the high cheekbones, and falling like satin down her back.

He stopped and turned to look at her in the dim light; catching his breath as if he was seeing her beauty for the first time.   He couldn’t stay mad at her for a long, because she was right it was his own stubbornness that wouldn’t allow him to admit that to her.   He wanted to make her happy like before Martin got sick.  He sat down on the edge of the bed and carefully brushed her hair away from her face leaning forward to kiss her lips, as she put her arms around his neck and drew him closer pressing her breasts tightly against his chest.

Martin turned over in his bed and gently let his feet touch the floor and sat for a minute to make sure his mom hadn’t heard him.  Getting up and going to the window he opened it and could feel that the wind had stopped.  The air was slightly warm now and he could hear the distant sound of hissing and popping noises.  He pulled the leather strap around his neck up from under his pajamas and opened the brown rawhide pouch; a gift from Uncle Tre.    Inside he took out the Quartz stone out and held it up to the moonlight.  He could hear the sound getting louder as he rubbed the stone. 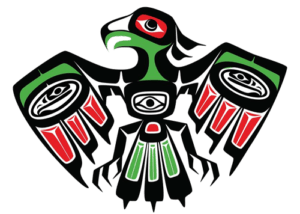 Jefferey looked up from the stack of journals he had been reading through and rubbed his eyes as he stood up from the desk and walked over to the window.  He was frustrated and tired.  Nothing in Dr. Nevitts notes pointed to the gateway that would point him to the door into the thirteenth dimension.   He knew Nevitt’s was onto something    But there was something that wouldn’t let him stop looking.  The fact that some of the projects that Haddon Industries were working on came from Dr. Nevitts  ideals.   The journals just kept pointing to a big event in 2009 when the Borealis appeared again and the key that would open the door to the kingdom of God.   The journals described the dimensions and it was hard to grasp if the they were describing some thing real or fantasy.   He looked at the journals and wondered what he was missing there had to be something he was missing.  There were things they had found in Nevitts belongings that couldn’t be explained.  He picked up a shiny black rock that looked like Obsidian but all the testing on it proved that it didn’t belong anywhere on this earth.   It looked like a piece of mineral but was harder than any steel they have created here on earth and no matter how much they had bombarded it with heat the stone remained cool to the touch

Why I Close My Eyes 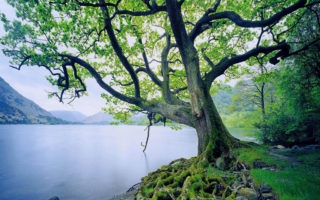 Memories of a Universe 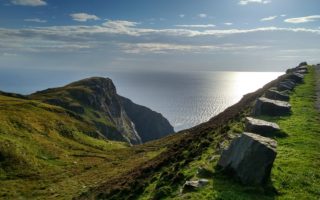 The Last King of Atlantis